Today, nearly everyone having modern cataract surgery will have a lens implant placed inside their eye at the time of surgery. These plastic implants, or artificial lenses, permit a rapid return of vision and avoid the frustrations associated with contact lenses and thick aphakic glasses with strong magnifications.

For removing an eye lens, a surgeon makes a small incision in the front wall or capsule of the lens and emulsifies the internal contents of the lens. However, the back wall or capsule of the lens is left intact, and the plastic artificial lens is placed inside the capsule, sometimes termed by the operating surgeon “in-the-bag.” Over the next few months or year or two, a cloudy film or membrane may form, much like a sheet of wax paper, across the capsule behind the artificial lens implant. This cloudy film is termed a “secondary membrane” or an “after-cataract.”

In past years, such membranes needed to be cut with a very tiny surgical knife. To ensure safety and sterility, the procedure usually required another visit to the operating room. This opening is necessary only for those cataract surgery patients whose secondary membrane becomes sufficiently cloudy to impair a clear vision. 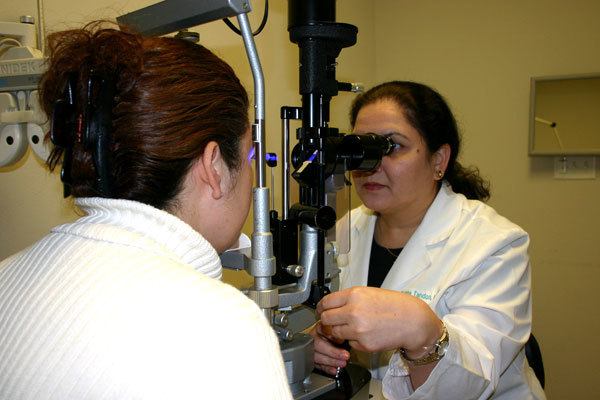 In recent years, however, a laser technique has been developed to cut open this secondary membrane in doctor’s office. The laser is commonly called “Nd:YAG laser” or simply “YAG laser”. Its real name is “Neodymium-YttriumAluminum-Garnet laser”. The YAG laser can cut the opaque membranes by creating a series of tiny explosions in a line or cross pattern. This procedure is called posterior capsulotomy. Thus, if you experience impaired vision after cataract surgery, the YAG laser may promptly restore your vision without a risk of bleeding or infection inside the eye.

Some people believe that the cataract surgery is done by laser. It is not true. In the USA, cataracts are currently removed surgically by phacoemulsification method, which is an ultrasound technology. The YAG laser is used only to treat “after cataracts” but not to remove cataracts.

“My husband and I would like to thank you very much for doing such a great job on both of our eyes. We are very happy with the results. We felt no pain and our recovery was very fast. You were very kind to us and you answered all our questions and never rushed us.” Bill and Agnes Lachapelle
“Dr. Tandon was very talented and patient with my husband and me in explaining to us when she performed the pre surgery exams and measurements of my eyes. On the day of the surgery to remove the cataract from my left eye, the staff at the surgery center were very kind and efficient. I did not experience any pain during the surgery or after surgery. The distance vision in my left eye is very good now. Thank you, Dr. Tandon, for your hard work.” Nancy Bean
“I was very pleased with the surgery that Dr.Tandon did. Also she made me very comfortable and feel relaxed. I feel she is competent and compassionate.” D.L. Julius 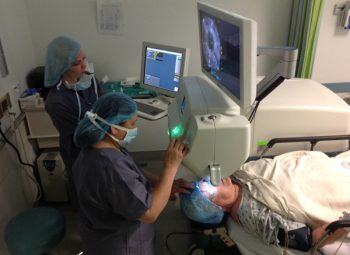 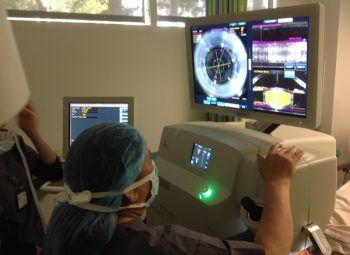 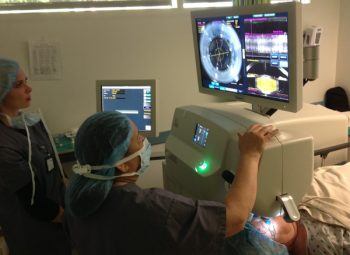 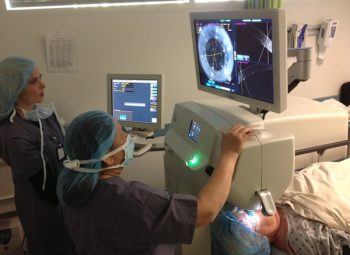 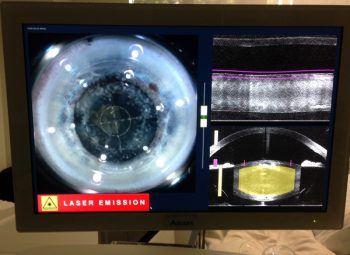