LASIK is the most commonly performed refractive procedure today. From 1990 to the present, over 10 million LASIK procedures have been performed worldwide establishing refractive surgery as the second most common ophthalmic surgical procedure, behind cataract (more than 10 million surgeries per year worldwide). In 2003, in the USA alone, more than 1.2 million LASIK surgeries were performed.

There are no needles, no stitches, and no pain. Prior to the procedure, drops are placed in the eye to anesthetize it (like the ones used to check your eye pressure for a glaucoma test) and an instrument called speculum is placed in the eye to prevent you from blinking.

LASIK has altogether eliminated or reduced the dependence on glasses or contact lenses for millions of people around the world.

LASIK is a 3-step procedure: 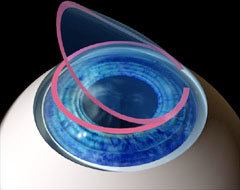 A specially trained ophthalmologist uses an automated instrument called a microkeratome (similar to a carpenter’s plane) to create a thin, uniform flap in the cornea. 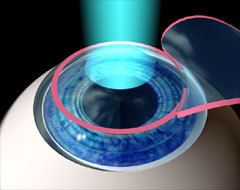 The surgeon then folds the flap back (like the page of a book) to apply a computer-guided Excimer laser treatment to gently remove a thin layer of tissue from the exposed corneal surface to achieve a desired correction. This is a cold laser and it ablates or vaporizes tissue away to microscopically reshape the corneal surface. 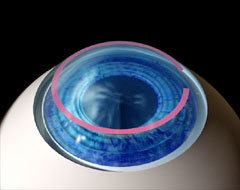 After the computerized laser therapy is applied, the surgeon replaces the flap, where it naturally re-adheres in its original position.

Am I Eligible for LASIK?

To determine your eligibility for LASIK, you will first need to schedule a complete eye exam. During this examination, your surgeon will evaluate both your unique visual refraction as well as the health of your cornea and retina, to determine your final eligibility for surgery. If eligible, your individualized Custom Wavefront Maps will be used by your surgeon to generate an individualized laser vision correction plan to direct the Excimer laser across your cornea. The more accurate the pre-op data, the better your surgical outcome will be.

Your surgeon is an ophthalmologist and is trained to diagnose any medical conditions that may compromise the outcome of your surgery. Therefore, it is important that your iLASIK surgeon, and not another staff member, determines your eligibility for Laser Vision Correction. Because different surgeons use different laser technologies, (in)eligibility determined by one iLASIK surgeon does not mean that the same will be true for all surgeons. Do not hesitate to seek a second opinion.

Are There Different Types of LASIK?

What Can I Expect for Recovery and Results?

As far as visual acuity is concerned, generally the first day after laser vision correction, most patients experience a large improvement in their vision, to approximately 20/40 or even better. This greatly depends on your preoperative prescription. You can expect to regain approximately 75 to 80% of your vision in the first two to three days after surgery. The remainder of your vision will improve gradually over several weeks. If you have significant astigmatism, or are very near-sighted / far-sighted, vision recovery and stabilization are slower.

You will be asked to restrict certain activities for about 1-2 weeks. You should try to always have more than enough time between your surgery and something you really need or want to do, especially if the activity requires good vision.